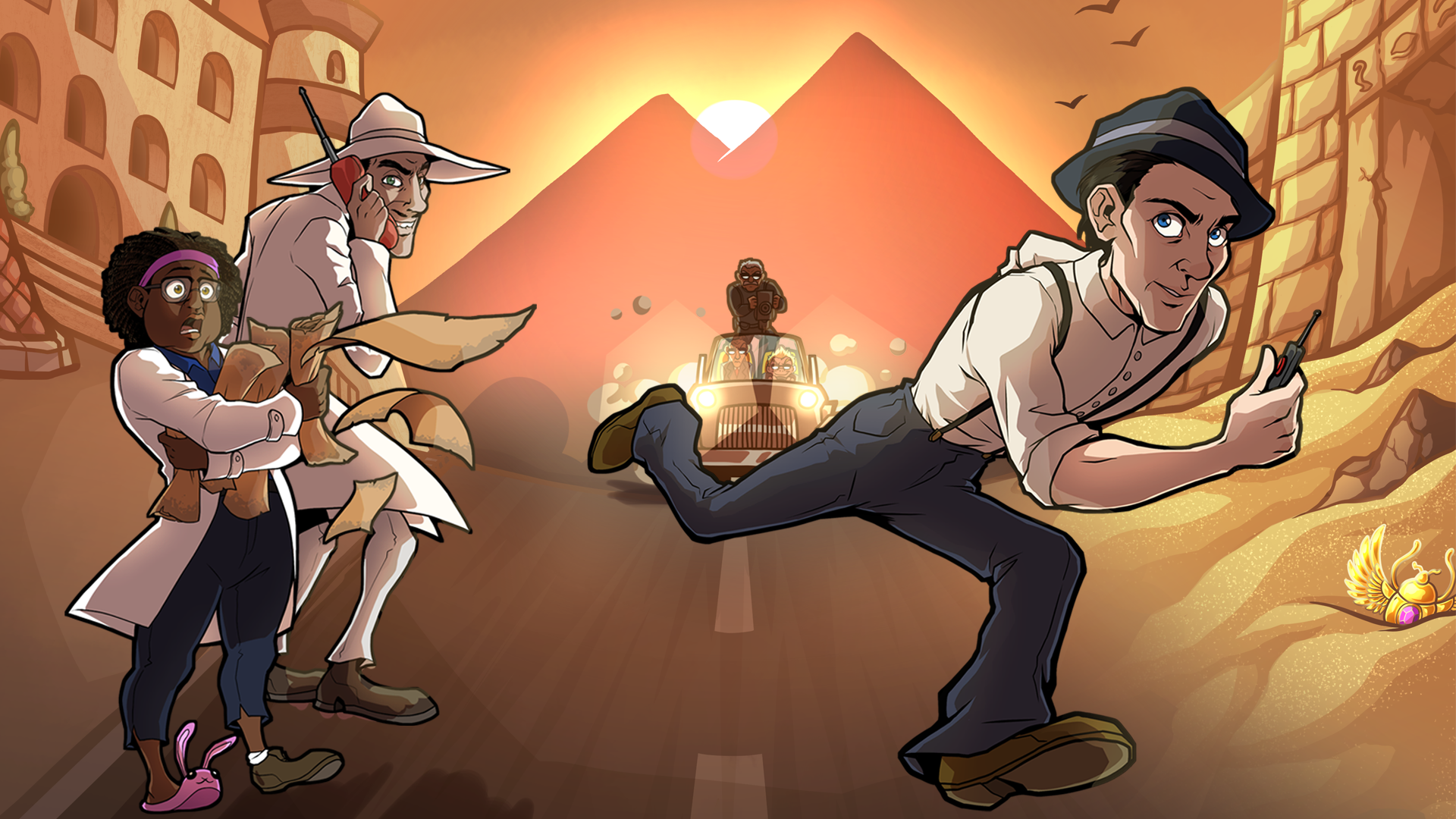 Join Hank on an adventure to rescue his friend and uncover the secrets of ancient Egypt! Use your hat as a multi-purpose gadget, hide from your enemies, solve puzzles and prove that you're a world-class spy every step of the way!

In the year of 1948, a group of talented jazz musicians formed the Jazz Association of Secret Spies, also known as JASS.
Their main directive: maintain world peace at all costs.

As one of their agents goes missing in Egypt they send Hank, their most recent hire, to investigate what they believe to be a routine mission.

Join Hank in his journey to Giza as he unravels secret conspiracies and sheds light on ancient mysteries while making the most out of his high-tech hat gadget.
Help him to sneak past his enemies, use his hat gadget to solve different puzzles, and gain powers that will help him make his way through 5 distinct locations.

Use your hat as a multi-purpose gadget: Attack, Activate, Distract and use it as a platform to solve different puzzles.

Sneak past and outwit your enemies: Fighting is not always an option. Sometimes you have to blend in the environment and go unnoticed.

Test your skills in several different mini-games and challenges

Endure an offbeat story with colorful characters and a comic book style.

Explore the levels to discover all their secrets: The levels are loaded with hidden treasures and great rewards, waiting to be found.

Add to your wishlist on Steam

3. Run the executable file to play.

- Using a controller is recommended but not necessary.

OH MY GOOOOOD. THIS IS THE MOST AWESOME GAME OF THE CENTURY. IT'S SO AWESOME, SO DETAILED, SO INTRIGUING BACKSTORY.

WHERE WERE YOU MY WHOLE LIFE? I WANT TO MARRY (BUY) YOU!

But srsly tho. Cool game!

Enjoying this so far! The hat mechanic feels nice, and I really like the attitude of the game. My pal calling me to warn me of the guard after the fact gave me a good laugh. I recorded this for my channel, excited to finish it next episode!

Hey! Thanks a lot for trying it out and I'm really glad you enjoyed it.

Thanks for trying it out!

Here is the new game I am covering this week I hope you enjoy it and let me know your thoughts. This is "Hank's Voyage" and this is my first Impression. Appreciate any help in spreading the word about the games I showcase as I try and raise awareness about indie games!  Thank you!

Hey, thanks for taking a look. Much appreciated!

No worries greatly appreciate you getting in touch with me. I enjoyed your game looks very polished.

Best of luck with your game and hopefully I get to revisit it soon as well.

The much-anticipated part 2! I really enjoyed it.

I enjoyed this just as much as I did when I first played it! This is SO good and the improvements and additions only make it greater!! Great job!!

I could say exactly the same for your video :D Thanks once again for the awesome work.

Love the era and the hat mechanics are quite unique! Looking forward to see more of the story!

Keep up the good work!

Thanks a lot for your kind words!

Awesome! I hope you guys enjoyed it.

I've been playing, and exploring some of the gameplay mechanics on the video I've made, I want to share it with you and also some feedback about the game :D, hopefully it helps.

-The main idea/story in the game is quite interesting and I really got interested in it after playing a little bit.

-The visual style is well thought and done, but I mus confess that the "comic" idea for the "cinematics" is very awesome and outstanding, also I think that it gives the game some extra personality.

-Gameplay mechanics are interesting and actually work pretty well, but maybe they could be even more polished with a little bit of time as there where times, especially while trying to climb into a platform , that the controls felt a little bit unresponsive, but it's just an small detail inside a very well done gameplay experience.

In conclusion, the idea is great and I hope you keep working on it. Hopefully this is useful for the development :D, also if you could subscribe that would help me a lot :)

Thanks a lot for giving the game a try! And thank you for your feedback as well. It was really useful.
If you want to get a more complete idea of the mechanics you can try the next 3 levels that are also included in the demo in your own time. All available levels introduce new things.

Good to hear :D I should keep playing then :), you are welcome.

Really liking the concept, looking forward to more missions & powers. And maybe a concert after finishing this Egypt mission. :)

Thanks a lot! Can't promise anything but I'll forward the concert idea to the rest of the team :D

This is SO GOOD!! It's got a real old-school platformer vibe which works really well! I'm looking forward to seeing this grow over time. Great work so far!

Thanks a lot for trying it out! That was a great playthrough! There will be some new content available soon, so stay tuned. 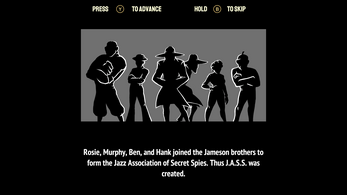 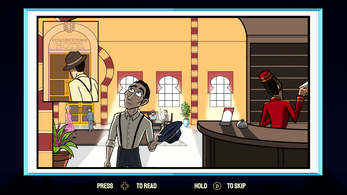 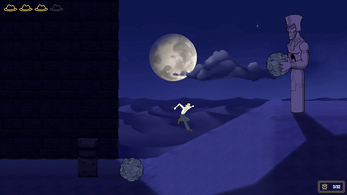 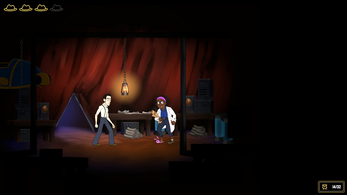 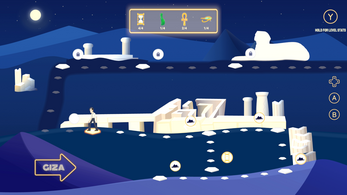 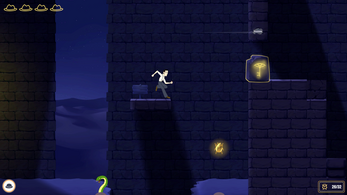 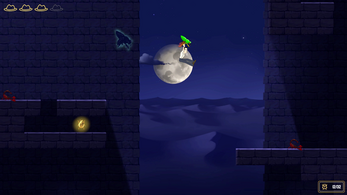 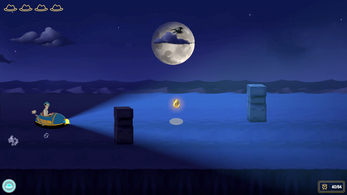 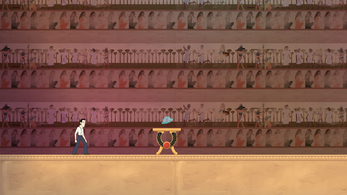